What does the Geelong Property Market Look Like in 2022?

Just as 2020 saw panic buying in supermarkets, it also instigated a significant turnover of real estate across the country. Record low-interest rates, low stock and high demand pushed house values to new heights. In the twelve months to January 2022, dwelling values (which include both houses and units) grew 22.4 per cent – the largest on record since June 1989 (CoreLogic, 2022).
The national median dwelling value is now $718,146. In Geelong, the median is now $781,371. This year, a projected rise in interest rates coupled with the easing of the COVID-19 pandemic will see a slow down in terms of national real estate prices. The major banks are predicting further value growth in 2022, before falling in 2023, although not enough to wipe out the gains of the current boom.
While the national market will still be very active, I believe the record activity of the last two years will start to dissipate. Geelong however remains uniquely positioned and looks set to continue to benefit.
Anecdotally, Geelong is attracting buyers who would not have invested here previously – ‘regional’ has become an extremely popular notion! Geelong is known as a lifestyle market, and its benefits have been increasingly appreciated over the last few years.
With easy access to Melbourne, Geelong residents can reap the benefits of both cities. Additionally, Melbourne’s weaker comparative property value growth has provoked a shift in the mindset of investors. Increasingly, they are widening the parameters of what they had previously set for consideration, and they are looking outside their backyards. In many ways, Geelong presents a terrific opportunity for homebuyers and commercial investors alike.


Growth to continue in Geelong

Geelong will see significant growth from new corridors in the foreseeable future, particularly in the north and east regions. The suburb of Lovely Banks is one to watch, with the area set to welcome more than 40,000 people by 2050 (City of Greater Geelong 2020).
Currently, the ongoing demand for vacant blocks of land is outselling what can be sourced, continuing to drive house prices up in the region.
Geelong can only continue to benefit from its growing population, burgeoning infrastructure and gentrification – something that is transforming the city as we speak.
For example, the Spirit of Tasmania will commence travel from the Geelong Port this spring, bringing with it a renewal of the northern precinct of Geelong. New construction jobs, as well as an increase in jobs for port operation, increased tourism and business growth will all contribute to wide gentrification over the next few years. (Reventon 2021). This new trans-Tasman relationship will be greatly beneficial to the entire Geelong region. This development, coupled with international flights from Avalon, will be game-changers for our city.


Key wins during the pandemic
Over the last two surging years, the industrial sector has been the most prevalent in Geelong’s commercial market. Before the COVID-19 pandemic, there was no shortage of stock, but today the demand continues to outstrip supply. This is due to the sector being less affected by the impacts of COVID-19, unlike the office, retail, and hospitality sectors – and it has consequently seen large price increases.
At Gartland, we have seen sustained growth across all sectors of our business which comprise both Residential and Commercial – sales, leasing and property management. We now employ 23 staff at our office on Little Malop Street to manage this growth. We are sustained and well-placed, having specialists in each area and access to 100% of the Geelong market.
We are delighted to have been involved in securing the development of Barwon Health’s five-level mental health facility on Moorabool Street – a $16m investment from the Victorian Government. This facility will not only provide a welcome and much-needed service to the community but will create hundreds of jobs. We hope it is just part of the revitalisation and growth momentum of the Geelong CBD. Our city is continuing to flourish, and at Gartland, we are really proud to play a part in it.
Michael De Stefano 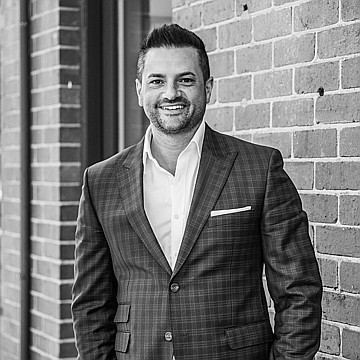 Choosing the Right Property Manager for Your Investment.

It’s all in the detail.